Even though I’m fairly new to the world of blogging and really new to these monthly wrap-ups (this will make number 2), I’m really digging them. It takes some of the pressure off having to post a substantial review for every single thing that I’ve read/watched/played for the month. ‘Cause honestly, sometimes I just want to go “Fuck it,” and give only a star rating with no explanation why. And this monthly platform allows me to do (almost) just that. It’s pretty flipping fantastic if you ask me. Not only that, I also really love reading what everyone else has been up to for the month…though some of you super readers put my meager book counts to shame. Don’t worry, though, I got nothing but love for ya! 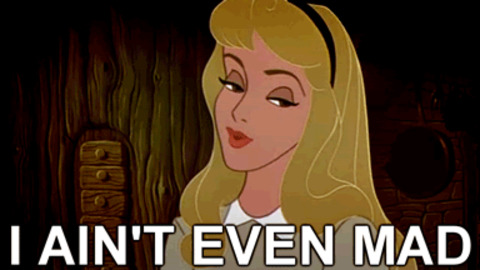 So, what have I been up to you ask?

Or maybe you didn’t.

If you didn’t, well you should have. And if you did, then I think you’ll be please because you’re about to find out.  Either way, you’ll have to deal because I’m about to answer my own question.

Over at our always awesome MacHalo home group we decided to forgo the traditional BotM this summer and opted to do Summer Theme months instead. ‘Cause we’re cool and can do stuff like that.

Can you guess what we did for June?

Well, if you guessed Alien Lurve then you’d be correct my ever faithful blog follower! Sheesh, it’s like you know us too well.

Yes, we decided to read alien/scifi/space romance. And let me tell you, we definitely had some misses. Like big ole stinkers. That’s par for the course for this genre unfortunately. But don’t despair! Not all was lost. There were a couple that turned out to be halfway decent reads. So gather ‘round while I regale you with the good, the bad, and the exceptional of June’s Summer Theme reading wrap up. 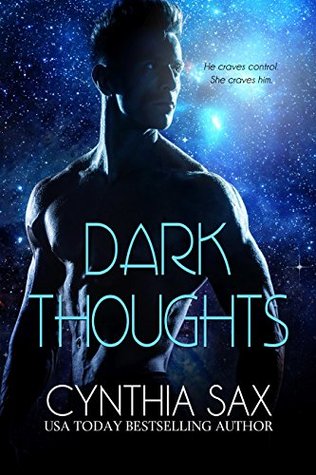 Don’t let the alluring cover or interestingly dark and erotic synopsis fool you! This was the first of the big flops for the month. Not only was there some definite weird insta-love going on here, but it felt like the author had never before written in the sci-fi genre. Her way of making it sci-fi was to give asinine names to everyday items. Like ass coverings (pants?) and sleeping supports (beds!). It was nonstop. Every page had an idiot description. It was so distracting that I couldn’t even bring myself to give even one shit about this book. A big fat DNF @ 50% and a whopping 1 Star rating.

Now, this one featured one of my favorite tropes: a woman kidnapped by aliens and sold into slavery where she is rescued by a big, brutish alien with a soft, squishy center. However, it didn’t take long for this book to go downhill. Like superfast. Ral helps himself to his “prize” with major non-con (she’s is literally saying “No, don’t do this! Please don’t do this!”), but he’s apparently such a good fuck with a magic penis that by the end our girl is telling him how amazing he is and is shortly after in love with him. Gross, so gross. Now I’ll admit, there are times that non-con/dub-con work but this is definitely not the case.  This was another book that was over for me @ 30%. DNF with a 1 Star rating. 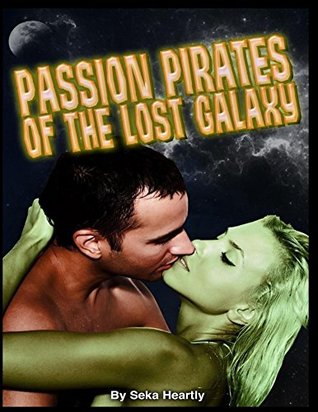 With a title like that I wanted to LOVE this book for all of its glorious, over the top silliness, and while this book started off with some eye rolling, major cheesiness, it quickly tapered off. By mid-way the silliness became stale and there weren’t many laughs to be found. However, it didn’t warrant a DNF from me so it at the very least it had that going for it. I wanted to read about passionate pirates out to get some bootay, but this book just failed to deliver on promise implied by the title. 2 Lackluster Stars. 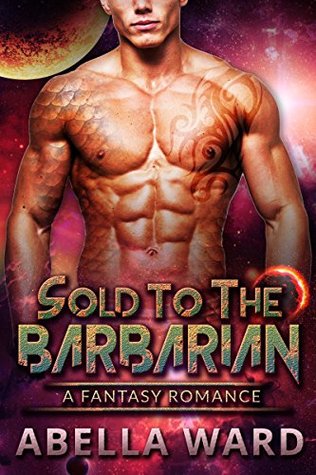 This was a short, sweet, and great for scratching the alien romance itch. Again, this is another case of a female being kidnapped and sold at auction. Surprise, surprise, our big scary alien comes to the rescue, freeing our girl, knowing that she is meant to be his. This one worked much better. Instead of Zon raping Lisa (even though he is basically in male version of heat) he actively fights his urge because he knows it’s wrong to force a female into sex. Be-still my beating heart! This made me really like Zon. That and the fact that he had a prosthetic limb, which I thought was a little different. And I especially liked the little “twist” at the end. Okay, there a two twists really, one that seems to happen a lot with these type books that I don’t necessarily like and one that was a little different.  Just for the record, I liked the less obvious twist! A solid 3 Secret-Compartment Star read. 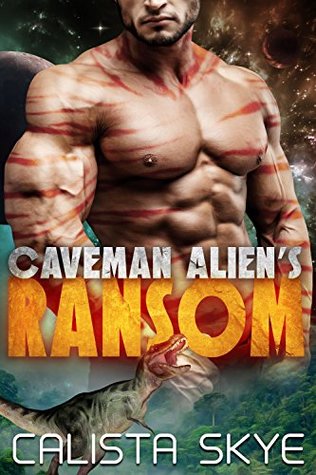 I actually really liked this one! It was another short read but it managed to hit on a lot of the tropes that I love. Once again, women from Earth are kidnapped, only this time instead of being sold they are dumped on a planet inhabited by giant, carnivorous beasties. Our main girl, Sophia, ends up being rescued by one of the natives, Jax’zan. And let me tell you,  the boy sure knows how to rescue a girl!  What’s great here is that there is a language barrier AND Jax’zan is also somewhat alien.  I love that! Anyhoo. This has the survival on an alien planet deal going on that I dig. There are also other girls left on the planet with Sophia, so I suspect we’ll be seeing their stories in the near future. Bring it on! 3.5 Way-To-Say-Hello-Alien-Loving Stars. 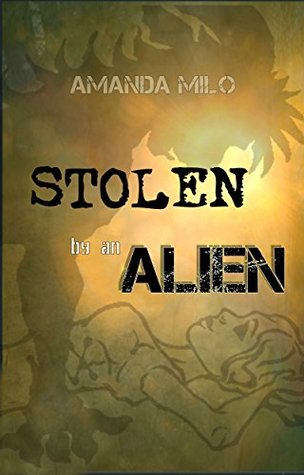 If there was any time not to judge a book by its cover, this would be one of those times. It’s horrendous. And quite frankly, this book is also in need of some serious editing. Despite those things, this one ended up being my hands down favorite alien romance for the month. My one complaint, aside from the editing, would be that it starts to feel a little long between the 60-80% mark. Other than that, this was a hit. Arokh is absolutely an alien. No question about it. From his appearance to his mannerism, he is 100% NOT human. I’m going to share a few lines….

I intended to stop her by using a restraint hold I’d heard of. I must have been informed wrong. Because as soon as I captured her wrists and gently pressed a bitehold on her neck (keeping my fangs retracted) she became inflamed.

Truthfully, what had started as a shameful compulsion had morphed into a desperate need. I wasn’t good at this submissive persona.  I wanted to take my female the Rakhii way. But she wasn’t Rakhii. And I had to let her lead.  I knew this.

Swoon. You mean she has a choice? Wow.

Arokh’s growl rips from his chest, rattling the very air.  As in actually.  As in literally.  As in legit DO NOT FUCK WITH THIS ALIEN.

Oh, I guess I should also mention Angie, our female lead. She had me at:

“Overboard!  Mermaid off the port bow!” I’m the happy drunk, in case you were wondering.

I freaking love The Little Mermaid!

I know this is pretty much a non-review, but as I’m rereading the sections I highlighted I can’t help but smile. That’s what this book did: it entertained me in the best way possible. I am super stoked to read the next one! 4 My-Alien-is-Bigger-Than-Your-Alien Stars.

Now, I also read some books NOT included as part of our summer theme month. I’m just going to list them with a star rating, just to keep it simple.

Next up: July is YA Dystopia month-we have to get our fix while Daddy is away!

No wrap up of mine would be complete without a gaming update.

I played through Mass Effect 1, Mass Effect 2, and finished Mass Effect 3 yesterday. July 4th just seemed super fitting for the conclusion. Woot woot! I played as a Paragon FemShep who romanced Kaidan in ME1 and remained loyal through ME3. Soooooo lame, I know, but it just felt right for my character. My son was majorly disappointed because Garrus is his dawg, and he thinks Kaidan is about as boring vanilla as they come. He campaigned heavily for Garrus, but Kaidan just seemed the more natural choice. However, if I play through ME3 again, I have a save at the end of ME2 that will make it super easy to romance Garrus and then import that romance to ME3. Same for Thane, who I am actually more intrigued with romantically. My one hangup with him is that his voice actor reminds me so much of William Shatner, which is kinda weird. And yes, I totally played this series for the story and the relationships. It was pretty damn epically amazing.

Next up: The DLC for Witcher 3. I purchased the complete edition, which is apparently NOT compatible with my regular edition saves. Now my options are to either repeat the 200+ hours I have in the base game in addition to playing through the DLCs OR just playing the DLCs, which will allow me to play the DLC only and assign me the correct level to start. Decisions, decisions.

I didn’t watch too much TV this month. I guess I was too involved with the Mass Effects and alien romance. My daughter and I did go on a scary movie binge, which included Insidious 1, Insidious 2, The Boy, Clown, The Ring, and some others I’m sure. I’m pretty sure the Insidious-es are now 2 of her favorite movies. Score for scary movies. She gets it from her Mama.

I did see Baby Driver  in the theater… today. But it’s so good that I wanted to go ahead and include it now. My post, my rules. I’ll allow it.  Anyway, it’s like, really, really good. The acting, the music, the way it was shot, all of it was topnotch. I highly recommend it.

Alright guys, that’s about all I got. Until next time you lovable weirdos.