Some of you may have noticed that we took a small hiatus last week, but never fear! The MacHalos are back with a brand new addition (I’m channeling my inner Vanilla Ice here people so you must sing it to the tune) to our Freaky Friday collection.

It’s funny how some of the topics we use come up in every day conversation. My daughter is in debate this semester and their impromptu debate topic was “Cats vs Dogs: Which is Better?” (or something along those lines.) She was outlining some of the arguments used, including this one used by a Korean classmate: in some cultures, like mine, dogs could be considered a food source. Now, I’m not sure if this was actually a pro-dog, like “Hey, dogs can be both food AND pets” or a pro-cat argument like “Hey, we eat dogs, but cats are superior so off-limits” or if it was not meant to be taken seriously at all, but it led to a discussion about foods that are weird-to-us. The natural conclusion was to do a freaky food topic as our Friday post. Of course, it also helped that we recently watched Indian Jones and the Temple of Doom.

So here we are! I have scoured the inter-webs looking for examples of freaky foods, and let me tell you: there’s a TON out there. Bugs, organs, you name it and someone, somewhere has eaten it. I tried to narrow it down to those that REALLY grabbed my attention, but honestly there were many, many worthy candidates.

What is freaky about casu marzo you ask? Well, casu marzo is better known internationally as maggot cheese. Yes, you heard me: MAGGOT cheese. This is a traditional Sardinian sheep’s milk cheese that contains live insect larvae. The larvae are intentionally introduced to bring the cheese past fermentation into a decomposition stage, making it very soft. Clearing the larvae for consumption is optional, but this cheese is considered hazardous to eat if the larvae have died. Though this cheese is still made in Sardinia, it has been declared illegal in the EU. 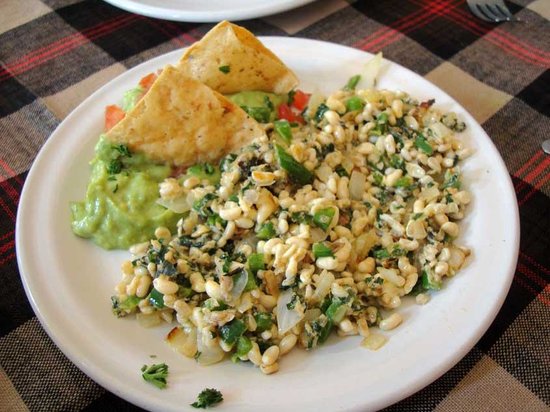 This doesn’t look that freaky, right? WRONG! Here’s another example of larval delicacy: escamoles. Served in Mexico, escamoles are ant larvae, often served pan-fried, and used mainly to fill tacos or omelets, but can be eaten alone and served with guac and chips. They are said to have a nutty flavor, but I’ll just have to take their word for it. 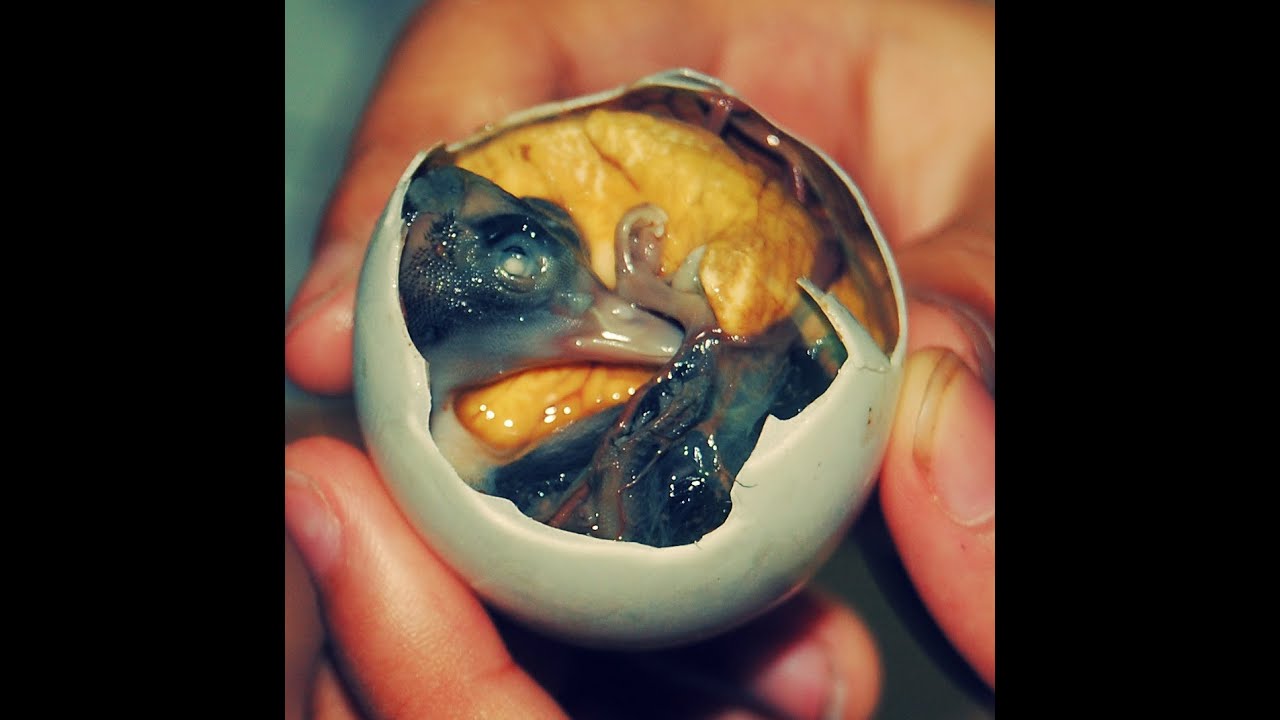 Our next contender hails from the Philippines. Balut is actually a duck egg that is fertilized and allowed to develop into an embryo before being boiled (I think it may be used with other fowl as well). Once it is cooked, the egg is cracked, the liquid sipped, and then the duck embryo is eaten straight from the shell, bones, feathers, and all. It is often served from street vendors and apparently goes well with beer. Maybe something to think about for that next Super Bowl (or equivalent) party, eh?

I thought about using the scientific name, but let’s just call a spade a spade, shall we? In parts of Africa, this edible species of stink bug is considered a delicacy and an important source of protein, vitamins, and micro-elements. In fact, there was a time that the U. N. encouraged the world to eat more insects, such as this particular guy. These odorous buggers can be eaten live or prepped to cook later. Um, well done please?

I also came across many, many unusual meat choices: dog (Korea), cat (East Asia), horse (Japan), kangaroo (Australia), rattlesnake (United States), but I think the one that threw me the most was the guinea pig. I had no idea that people ate guinea pigs! Like dogs and horses, here in the US guinea pigs are cute little rodents sold in pet stores for a child to take home to love and cuddle, but in South America you can find the guinea pig as the star of the dinner table.

So, we’re sorta kinda stealing this from Ilona Andrew’s Face Book page, but it was posted recently and seemed super appropriate. What we have for you is holodetz, or jellied pork. I’m sorry, jellying any type of meat seems wrong. However, not if you live in the Ukraine. There it’s apparently a specialty and a must on the New Years table. I think I’ll stick with our cabbage and black-eyed peas!

I’ve heard of blood sausage, which is also pretty gross if you stop to think about it, but blood tofu? Now, that’s a new one to me. The is literally pig’s blood heated with salt until it coagulates. You basically get a big, ole mouthful of congealed pig’s blood. Yummmm…..

And last, but not least..

I guess what they say is true: everything is better fried! You can get an array of creepy crawly bugs and arachnids, deep fried and crispy. I’m really only including these for aesthetics because they look so interesting. I have tried fried grasshoppers myself. They aren’t bad, actually, once you get past the legs that is… 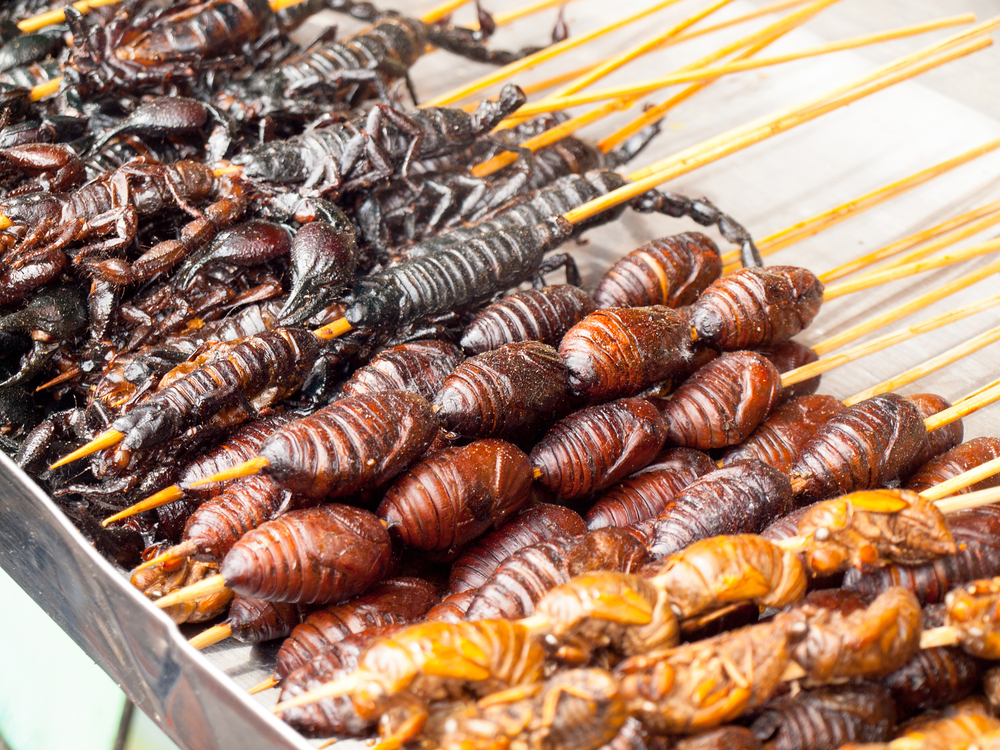 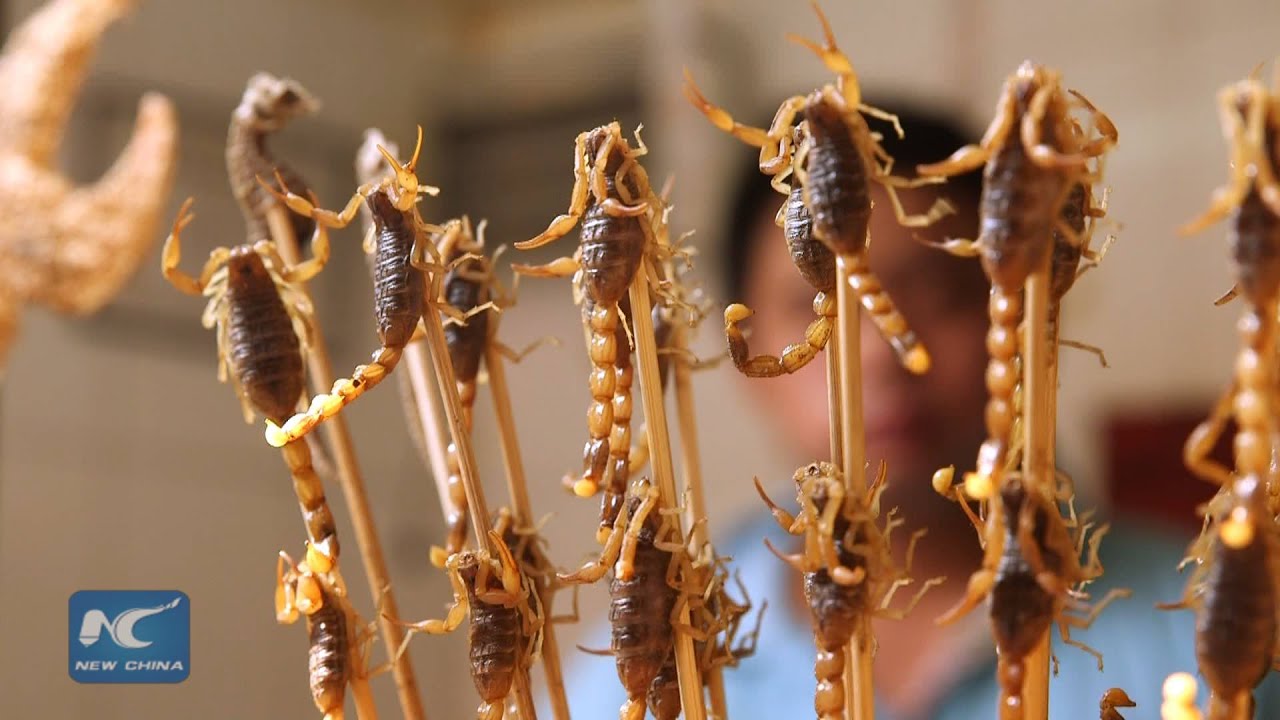 Okay folks, if at least one of these bizarre examples of cuisine didn’t skeeve you out then you are a stronger person than I. Is there anything that you have eaten that was just weird or freaky? If so, we’d love to hear about it!

Until next time, ya freak loving weirdos whom we adore!

7 thoughts on “Freaky Friday: To Eat or Not to Eat?”